The Wagyu Society will be participating at Nampo again this year. This is the first time that the Nampo will be held since the outbreak of Covid-19. The Wagyu Society will be seen at the now well known Wagyu House. Due to the current outbreak of FMD there will not be any animals on show at Nampo. Wagyu will be partnering with the Vierfontein NG Kerk selling Wagyu Burgers for R75 a burger. During Nampo 2019, 4500 Wagyu Burgers were sold. This year we are going bigger and planning to sell 6000 Wagyu Burgers. Furthermore, our Gold and Silver sponsors will be selling Wagyu biltong and droë wors from the Wagyu House. Tickets for Nampo are available through www.ticketpro.co.za at R90.00 per adult per day. We will see you there!

The Wagyu Society travelled to the Western Cape for a Cape Wagyu Day on the 12th of April 2022. The Wagyu Chairman, Johan de Vos, gave an overview on the status of the Society. He highlighted the fortunate position of Wagyu in South Africa due to its already established traceability system through CWB. However, there remains concern regarding the spread of FMD in the wider livestock industry. Although access to export markets has decreased, the demand for Wagyu in the domestic market is still increasing. Wagyu would like to extend our appreciation to The Wagyu Experience for hosting the day and Fredericksburg Wagyu for sponsoring the Wagyu patties. We would also like to thank Allflex South Africa, Middelvlei Wine Estate, Berg River Breweries and all other participants who attended the Wagyu Cape day. We hope to see you again at the next Wagyu Cape Day.

The Wagyu office has recently moved offices as from 1st of April 2022, the new office address is as follows:

We urge all our members to use the new address when they courier their DNA samples. We value our members support and Wagyu will continue to offer great services to our members. Come visit us at our new offices. 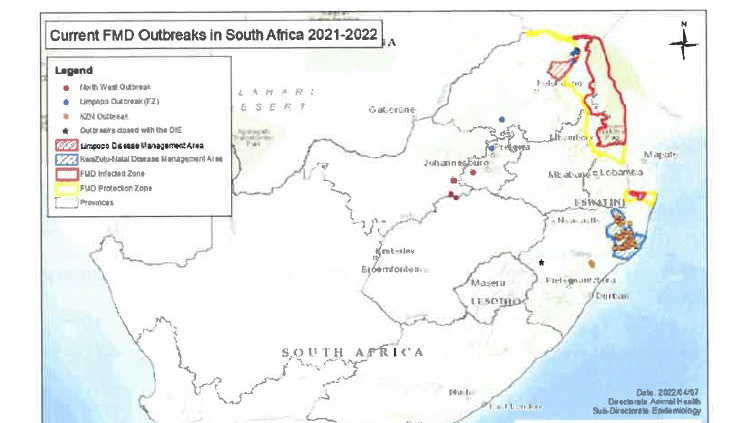 Since January 2019 South Africa has battled the outbreak of FMD. This has lead to South Africa losing its OIE recognised FMD free status during 2019. As of yet the country has been unable to recover its OIE FMD free status. Currently there are 56 reported cases across 5 provinces. These provinces are Limpopo, Kwa-Zulu Natal, North-West, Gauteng and the Free State. According to a media statement by Minister Thoka Didiza on 11 April 2022 the spread of the virus is mostly attributed by the illegal movements of cloven-hoofed animals from the FMD controlled zones. She has further announced that a 49-year old individual was arrested for illegally moving goats from a FMD controlled zone. With further investigations being carried out regarding animals brought to auctions from FMD controlled zones. The latest report from the Department of Agriculture, Land Reform and Rural Developmet states that the department have ongoing vaccination campaigns in KZN and Limpopo. The vaccine for FMD is still state controlled and can only be used in recognised areas by the state veterninary services.

It must be noted that currently there are no reported cases of FMD in the Wagyu herd. In order to maintain the FMD free status of our herd CWB has requested that all audits be conducted electronically for the next 6 months. We urge our producers to carefully consider who they allow to enter their farms. By implementing strict biosecurity protocols on-farm a producer can reduce their risk. Be on the lookout for any cloven-hoofed animals with the letters ‘ZAF’ branded on their necks. As these animals will have originated from a known FMD zone. Furthermore, these animals will also have green, yellow or pink eartags with the letters ‘ZAF’. Any animals that had their eartags cut out will likely have originated from FMD areas. Therefore it is important not to buy any animals whose origins can not be verified. Or animals that can not be provided with a health declaration. Report any FMD suspicious animals to your local state veterinary services.

The Wagyu Society appointed a PDP student in December 2021 as the Wagyu Field Officer. Mr Tumisang Tswidi has since been extensively trained by the Wagyu office on the required producer administration. Under the guidance of Mr John Boulle he was trained on handling of Wagyu cattle. Tumi will visit producers to help with their on-farm and administrative tasks. The call out fee is R3000.00/day (excl. VAT). Tumi will also be able to assist with compliance requirements as per the CWB protocol and preparations to pass the audit. Contact Tumi at tumisang@wagyu.org.za or +27 51 492 1852 to schedule a farm visit with him. 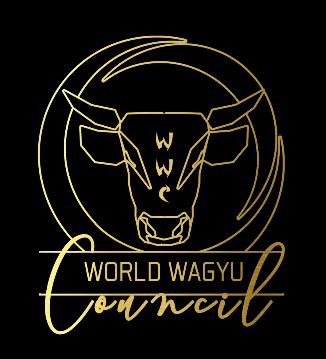 During the Covid-19 lock down period the Wagyu Society virtually presented the second World Wagyu Conference in November 2020. The ultimate result of the Conference was the convening of the World Wagyu Council (WWC) of which South Africa became the secretariat. The WWC is a platform that encourages international cooperation between the various Wagyu Societies of the various countries. Countries participating in the initiative include Australia, America, Britain, Germany, and Namibia. The WWC offers a platform for international societies to cohesively work together and solve recurring barriers.  The member countries meet quarterly where global technical and marketing issues are discussed. This initiative enables the South African Wagyu industry to compete competitively in the international market. As well as measuring itself against established international standards. South Africa will remain the secretariate until 2023 when the American Wagyu Association will host the next World Wagyu Conference.