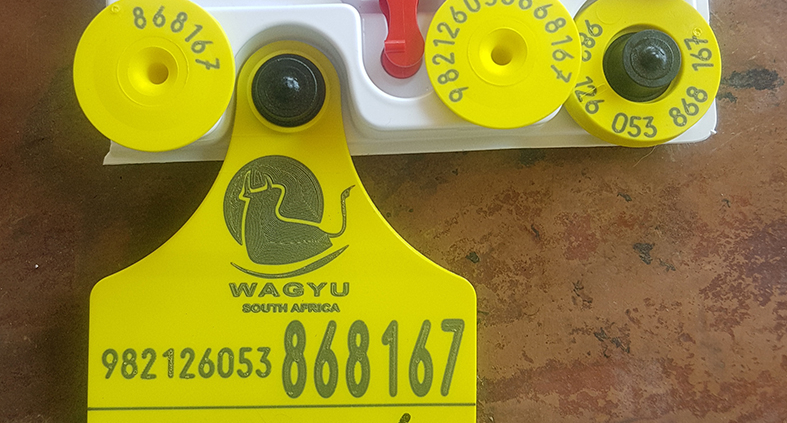 Certified Wagyu Beef, with the assistance of the other LRF breed Societies is pleased to announce that it has secured a once-off special price on SNP tests. The test includes a 100K SNP, full parentage with over 200 markers and the genetic defects that includes CHS, B3, CL16, F11, and IARS. The SNP test will cost R390 and will be subsidised by CWB and the Society by R100 per test. The producer will thus pay R290. Offer available until March 2022.

In a nutshell: The special offer includes the following:

Never in the history of South African cattle farming has the red-meat industry had greater clarity on what needs to be done to get the entire red-meat value chain profitable – from the producer to the feedlot and finally the abattoir. And make no mistake, the situation is rather dire. According to the Bureau for Food and Agricultural Policy (BFAP) the South African weaner-calf price has been declining in real terms over the past few years when inflation is factored in. That despite the heartening and ongoing growth in the value of our beef exports, despite the damage caused by recent foot-and-mouth outbreaks. Is it any wonder then that beef famers are currently struggling to make a profit in the face of steadily increasing input prices?

This stark reality facing our cattle farmers was stripped of all its pretentions at the recent Aldam Stockman’s School, hosted in the Free State, and arguably the leading livestock event in the country.

This became abundantly clear once the world’s most influential beef exporters started sharing their stories. The Brazilians described their massive export industry, annually disgorging millions of tons of relatively cheap beef onto the world market. Exporting a significant 20% of their beef production, it’s double what the United States manages at 10% of production, and far ahead of the 4% of production that South Africa currently exports.

But the All Blacks of global meat-exporters remain the Australians. Their diversified, nuanced and utterly profitable marketing approach includes the full ambit of export opportunities – from live exports of scrub cattle to the targeted sale of high-value primal cuts to destinations like China and the Middle East where consumers are prepared to pay top dollar.

Heading up this exemplary effort is Meat Livestock Australia, an independent industry body that concerns itself not only with the profitability of farmers, but rather the entire red-meat value chain, giving everyone a vested interest in making the whole system work.

The result of this focussed marketing? Australians today achieve an average of R103/kg per carcass, (South Africa’s average is a modest R51/kg), following a blistering 72% surge in Australian beef prices. Compare that to for instance Namibia’s impressive, but still comparatively modest 27% growth in beef prices.

For South Africans the reality remains that Namibia’s respectable beef exports are based on their ability to sensibly manage a national traceability system, something which still eludes South Africa. In a rather ironic twist of fate, Namibia has managed to achieve their success with almost identical legislation to that of South Africa – a historic legacy of the days when South African managed the-then South West Africa protectorate. Today Namibia’s Meat Board remains a historical echo of our now dismantled single-channel marketing boards, but has transformed into something more akin to the Australian MLA – an independent industry body playing a critical facilitation role across the country’s entire beef value chain.

As the leading Namibian beef farmer Mecki Schneider puts it: “the system won’t work if every link in the value chain doesn’t make money!” It’s as simple as that.

But you also need money to make money, and like Australia, Namibia funds its beef industry with a levy of R70 per animal. Our levy comes in at a miserly R11 per animal. Compared to other South African farming sectors like deciduous fruit, that reinvest 1,4% of the value if their product back into their industry, our beef industry only manages to reinvest a dismal 0,09% of the value of its product. It’s a contribution also considerably less than the South African average of 0.5% across all farming sectors.

It’s only by funding itself properly that the beef industry will put itself in a position to adequately address its biggest challenges like the health of the national herd (the current lack of critical livestock vaccines is also of course completely untenable!). If it can then still further grow beef exports to 20% of national production, BFAP estimates that an astonishing additional R8,3 billion can be generated across the beef value chain, with an estimated increase of R15 per kilogram per A2/3 carcass!

If we don’t do it, and the industry loses further traction as far as exports and animal-health issues are concerned, we stare the dismal prospect in the face of a catastrophic reduction of up to R4 000 per A2 carcass. With the plan already penned, and our statutory levy coming up for reconsideration shortly, we simply can’t afford to let this wonderful and enormous opportunity slip through our fingers! 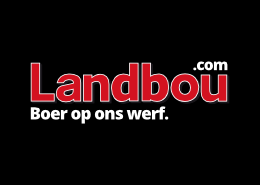 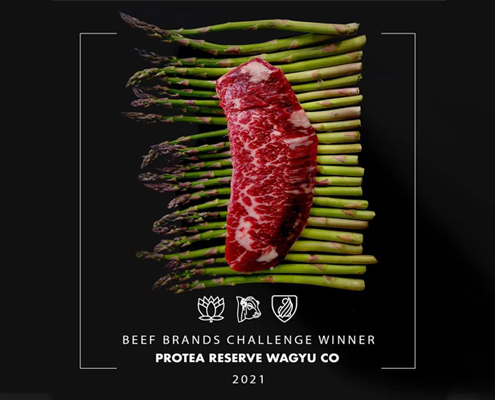 ‘Genuine, fresh, juicy and delicious are just a few words to describe our Wagyu beef.

We are proud to announce that Protea Reserve Wagyu Co succeeded to win the grain-fed category and also to become be the overall winner of the Beef Brands Challenge 2021 sponsored by the SA Feedlot Association (SAFA) and the African Livestock Trade Fair (ALFA).

We are grateful to Prof Arno Hugo, the Meat and Dairy Science Unit of the UFS Department of Animal Science and all parties involved, who hosted the Beef Brands Competition on the Bloemfontein Campus.

Our sincere congratulations go to Afribeef, the winner of the grass-fed category.’